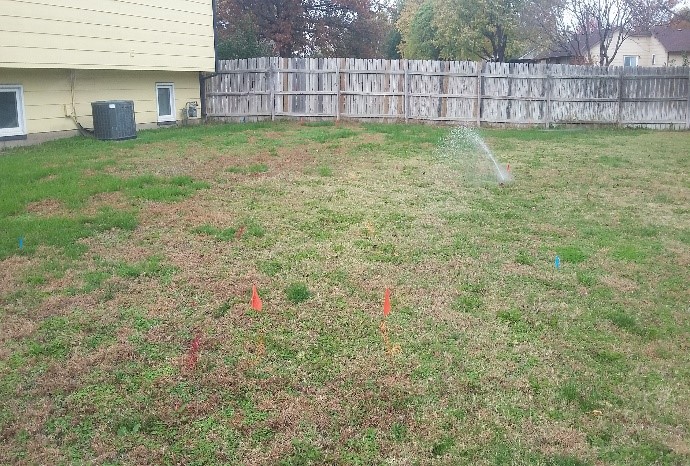 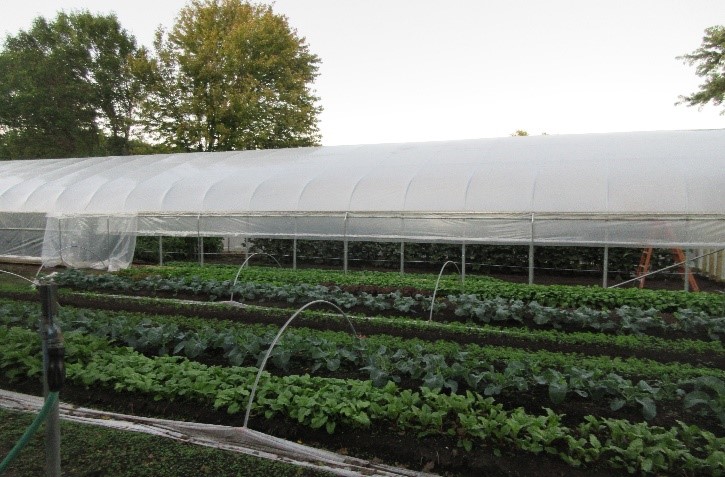 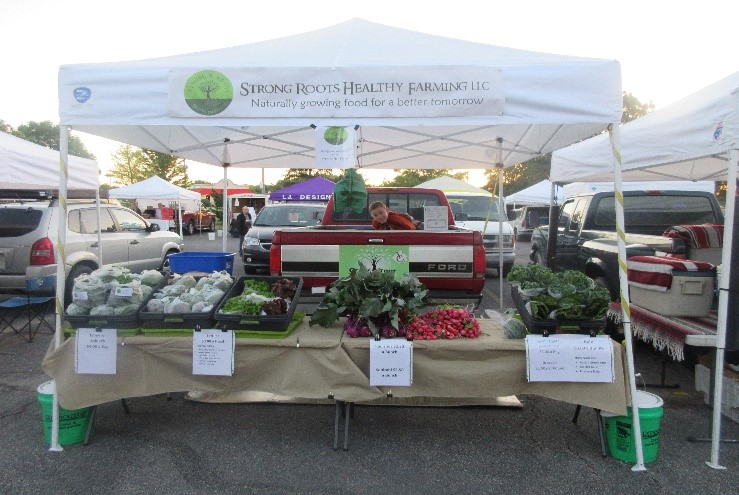 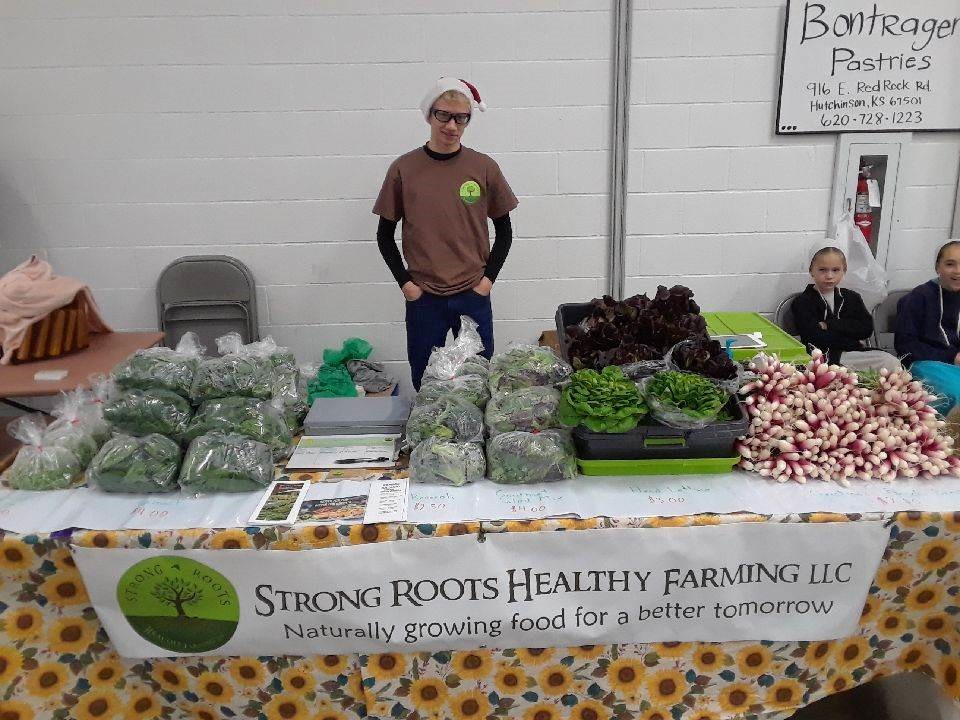 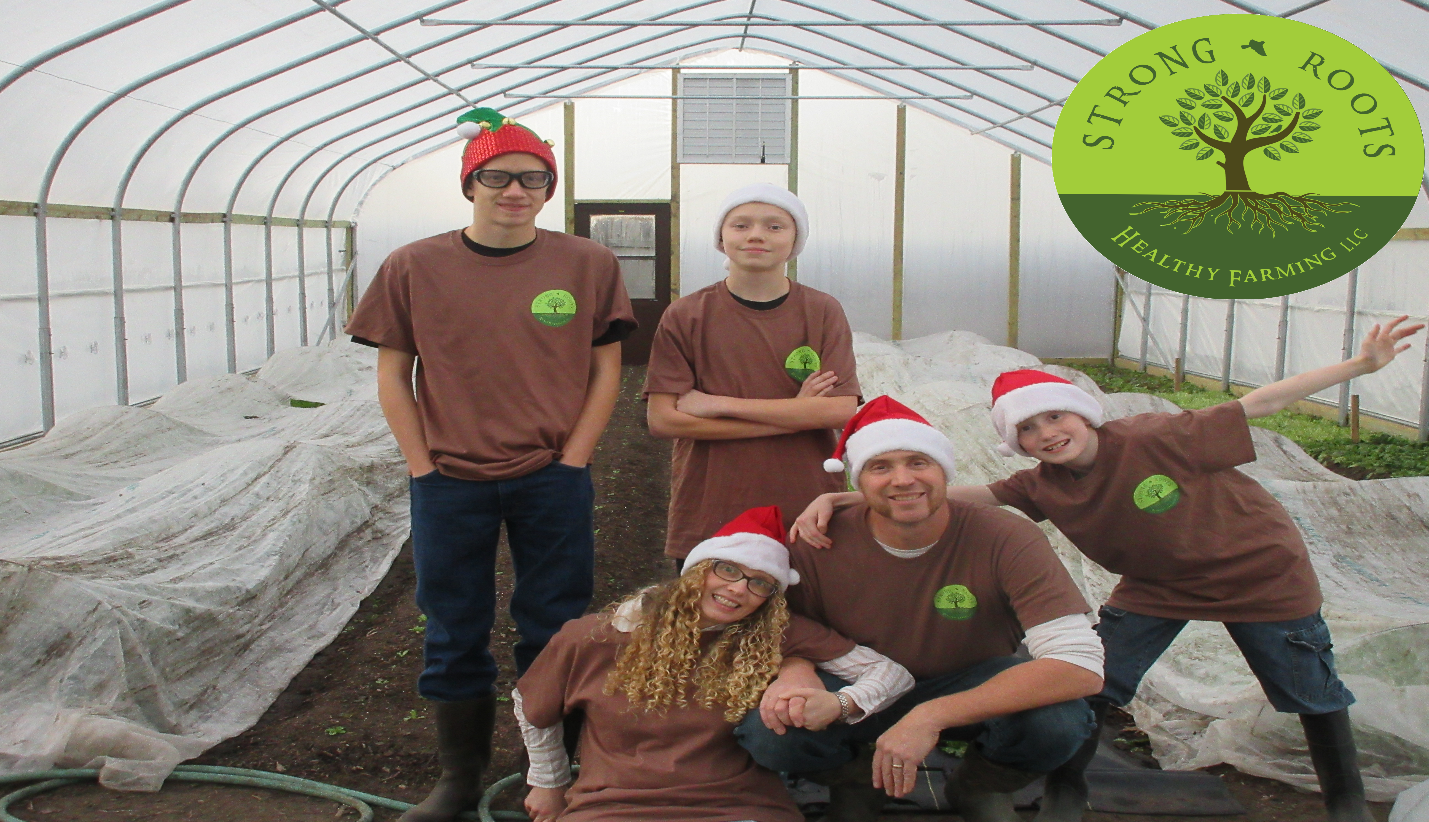 How We Got Started

Down North Meridian Street, right across from Valley Center Middle School, there is a growing business waiting to be discovered by the small town of Valley Center. Born from a need for healthier food and built on the foundation that natural is important, Strong Roots Healthy Farming LLC is attempting to build a name for itself. Though this small, urban farm has less than an acre of land, it produces enough vegetables to supply local businesses and farmer’s markets with fresh produce year-round.

The Molellos are a family of five who moved to Valley Center in September of 2016 with a vision to create a farm that supported their beliefs about eating wholesome food, protecting the environment, and creating a sustainable lifestyle. The Molello family discovered the health benefits of growing pure, unadulterated food from their own yard when Josh Molello, the father and spouse of the family, started to have blood-pressure and gastrological issues in 2014. “I was scared, you know?” Josh explains. “My health issues led to anxiety issues and my anxiety issues led to social issues, and my social issues led to depression. I mean…something had to change.”

In an attempt to get away from high-sodium products and fatty foods, the Molellos planted a garden in the backyard of their small, Colorado home. As the garden grew, so did Josh’s health and that of everyone else’s in the family. The curiosity and excitement that stemmed from the family garden soon became infectious, and the learning and the research began. Josh dived into literature and videos online about growing organic produce and reconditioning the soil. In just over a year, the Molello’s decided to change their lives, move to Kansas, and start their own business.

Inspired by Jean Martin Fortier, Josh Molello’s goal is to make a living out of a small, manageable plot of land. He is using techniques such as bio-intensive spacing and aggressive crop planning. In theory, if crops are chosen wisely based on their high value and fast dates of maturity, a very big yard can yield a very healthy living.  More importantly, smaller pieces or land are also easier to control without man-made chemicals. And as more and more research is obtained about the importance of “clean food,” the bigger and bigger the organic food industry is becoming.

In April of 2017, Strong Roots made it’s first appearance at the Kansas Grown Farmer’s Market. They quickly became popular for their sweet Emperor spinach and their peppery Pink Lady Radishes. Those products were just the beginning; soon Strong Roots had a long list of products they could claim were specialties: Soyu Long cucumbers, El Jefe jalapeños, Nash’s Kale, Mizuna, Kolibri kohlrabi, & Niseko salad turnips. By late 2017, Strong Roots was making appearances at Firefly Farms Market, the Keiche Market, and the Old Town Market as well. These appearances opened the door for an even bigger opportunity…the restaurant industry. “The need for fresh, local produce in bigger city areas like Wichita is growing substantially,” said Cindy Molello (mother and spouse of the family).  “Our society doesn’t need more buildings, more shopping, more highways. We need land to build more farms and parks and biking trails.”

In 2018, we built our very first massive greenhouse. “It’s that big white building you can see from Meridian as you take your kids to the Middle School,” smiles Josh Molello. In 2020, Cindy quit her full-time job and got a part-time one to start helping more on the farm. You can see by looking at the newsletters and recipes that growing is only part of the process. Using the produce for the benefit of the whole family is yet another large part of the process that we’ve only begun to start.